See The Sandias in a whole new light

Nestled below the Sandia Mountains, Old Towne Albuquerque still retains the traditional Spanish village feel... with a beautiful main plaza in the middle of the town. Players might encounter Wild West water gun battles in the main square, or face off in a chili-eating contest at one of the many New Mexican cafes. And if they play their cards right, they just may get to go into the Rattlesnake Museum for a quick tour! Along Route 66, the classic adobe facade and traditional feel of this game zone makes it feel like you're playing The Go Game in a different country. You might also find The Go Game in several other neighborhoods of Albuquerque - including Nob Hill and Downtown 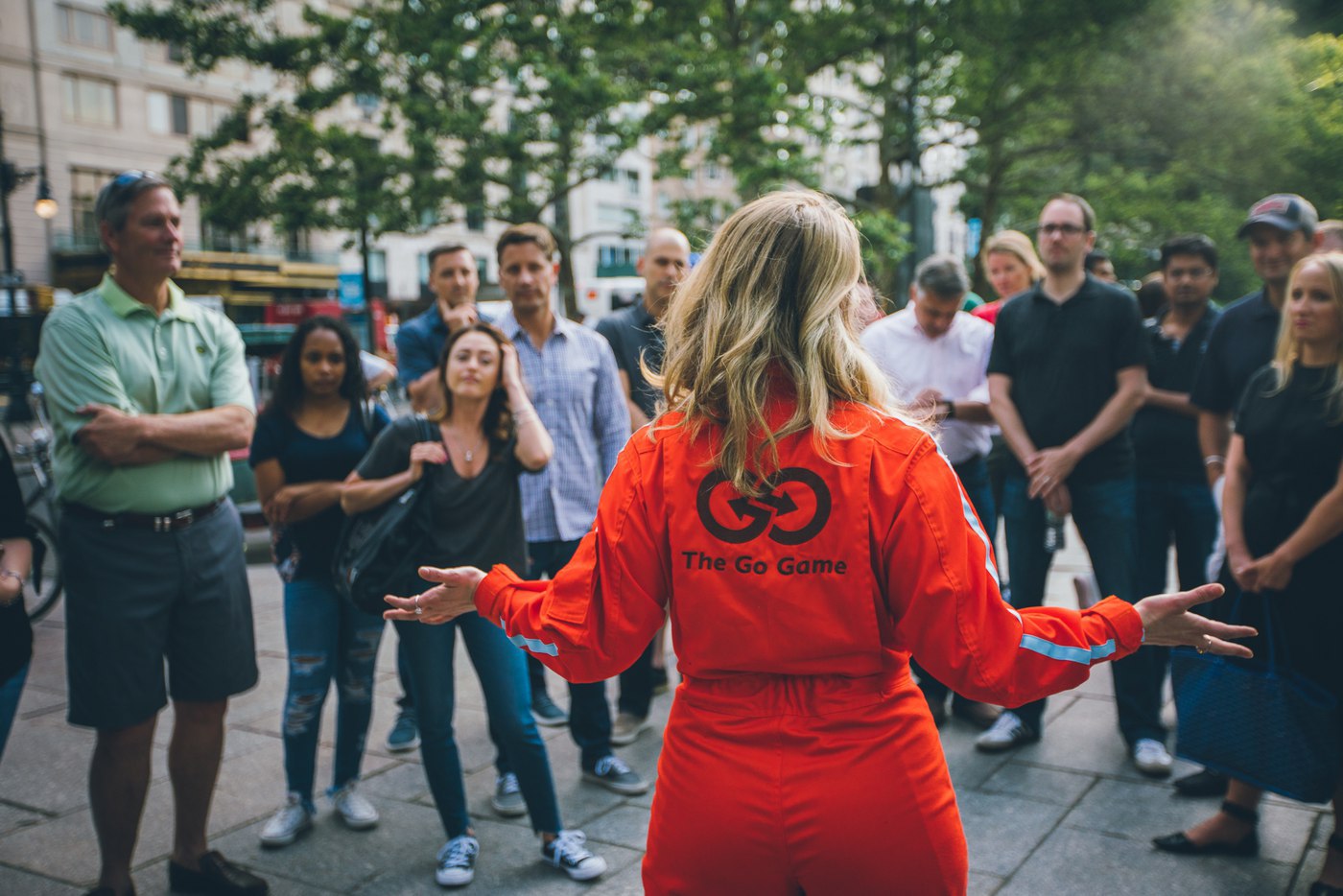 “The facililtator has an awesome personality and humor for the job. Also a perfect selection of music for the judging that had us laughing hysterically. Thank you!”