Mac has always had a penchant for putting himself in not-at-all-embarrassing situations in front of large groups. He definitely didn't cry on stage when he made his first crack at standup comedy at the St. Thomas third grade talent show. And he certainly never ripped his pants during a mediocre guitar solo with his high school punk band. And even if he had, it would have just been part of the act.

The not-embarrassment continued through his adulthood with stints as a cabaret jazz singer, a comedic improviser, and a clown in the Bread and Puppet circus.

When he moved to the Bay Area in 2016, Mac brushed up on his Stoicism and promised himself that he was finally going to get the Seriously-Not-At-All-Fun-Grownup-Job. His resolve didn't last long, though, and before he knew it, he found himself in a Waldo costume being chased through the streets by throngs of sugar-high kids. He donned his orange jumpsuit soon after, and still cannot believe that he gets to design play professionally. 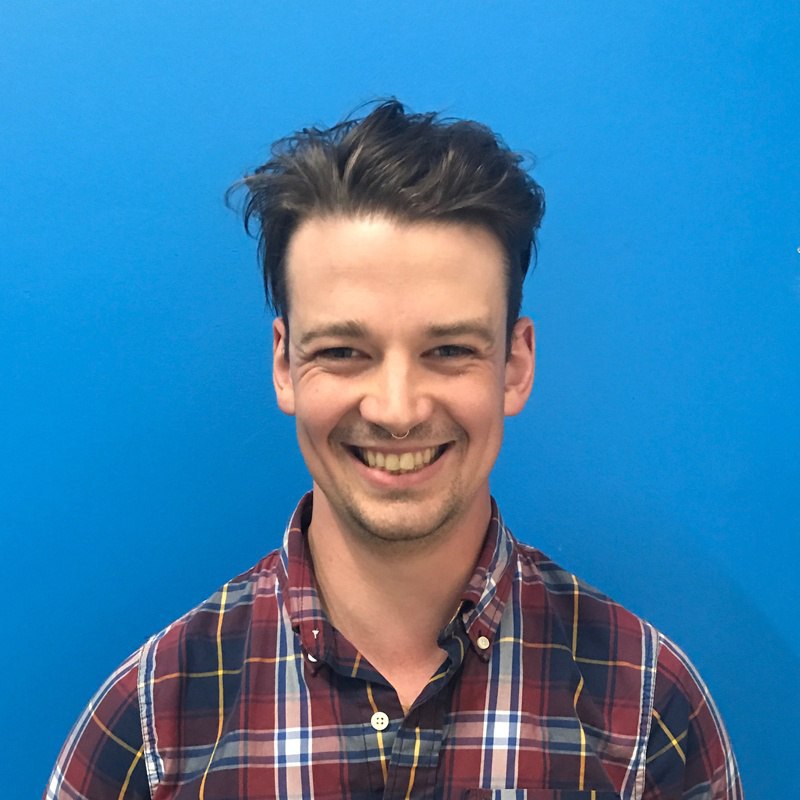